skip to main | skip to sidebar

Letting The Clutch Out

Just a little update on The Fishin Hole and what we're up to. Since the last blog update here in June, I have been moving ahead as God directs and waiting in other areas as He directs. I haven't always waiting on God's timing, even when I have had the best of intentions, if I believed God was showing me to do something, then it was "automatically" time to do it.

Like driving a car with an automatic transmission, I would hit the gas and go wide open. After being taught that my timing didn't always match God's, I allowed Him to put a clutch in my "God's timing" transmission. Short version, push in the clutch when He shows me something, then let it out and push the gas when He says.

So, in the last few months, we put His plan into first gear and we are about to shift into second at The Fishin Hole!

First gear was starting a men's group. We've been at this for about six weeks. It's been awesome. Born out of that, a few of the guys in the group have started another men's group that they lead.

Second gear is that God has identified some organizations that He wants me to support. These include various ministries that support the poor, needy, homeless, widows and orphans. I am excited and looking forward to shifting into second, all the while waiting in anticipation of third gear.

Check out the blog reports below to see how this came about and how it has been progressing.

And PLEASE pray for us to follow Him closely, but not get ahead.

The Captains Of The Fleet 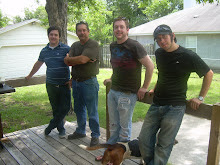 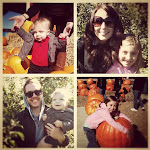